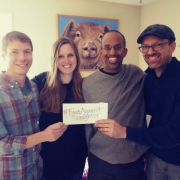 Earlier this month at Twin Cities Veg Fest Dave Rolsky, Matt Mackall, and I were awarded the Kenny Feldman Animal Advocate Award. We are co-founders of Compassionate Action for Animals, the organization that hosts the festival.

Kenny was a good friend of mine and was the inspiration for my involvement in social justice. He cared deeply about animals. We lost him in 1999 to suicide. Please read more about him. His parents have kept his memory alive for awareness about mental health and animal advocacy.

On a different note, on Tuesday, October 2, I will fast all day (I will drink only water and eat nothing) for World Farm Animals day. October 2 is Mohandas Gandhi’s birthday. I fast as an act of sacrifice in honor of farm animals that are suffering and being killed. I use fasting as a way to develop discipline, an important component of being a powerful activist. Please join me! 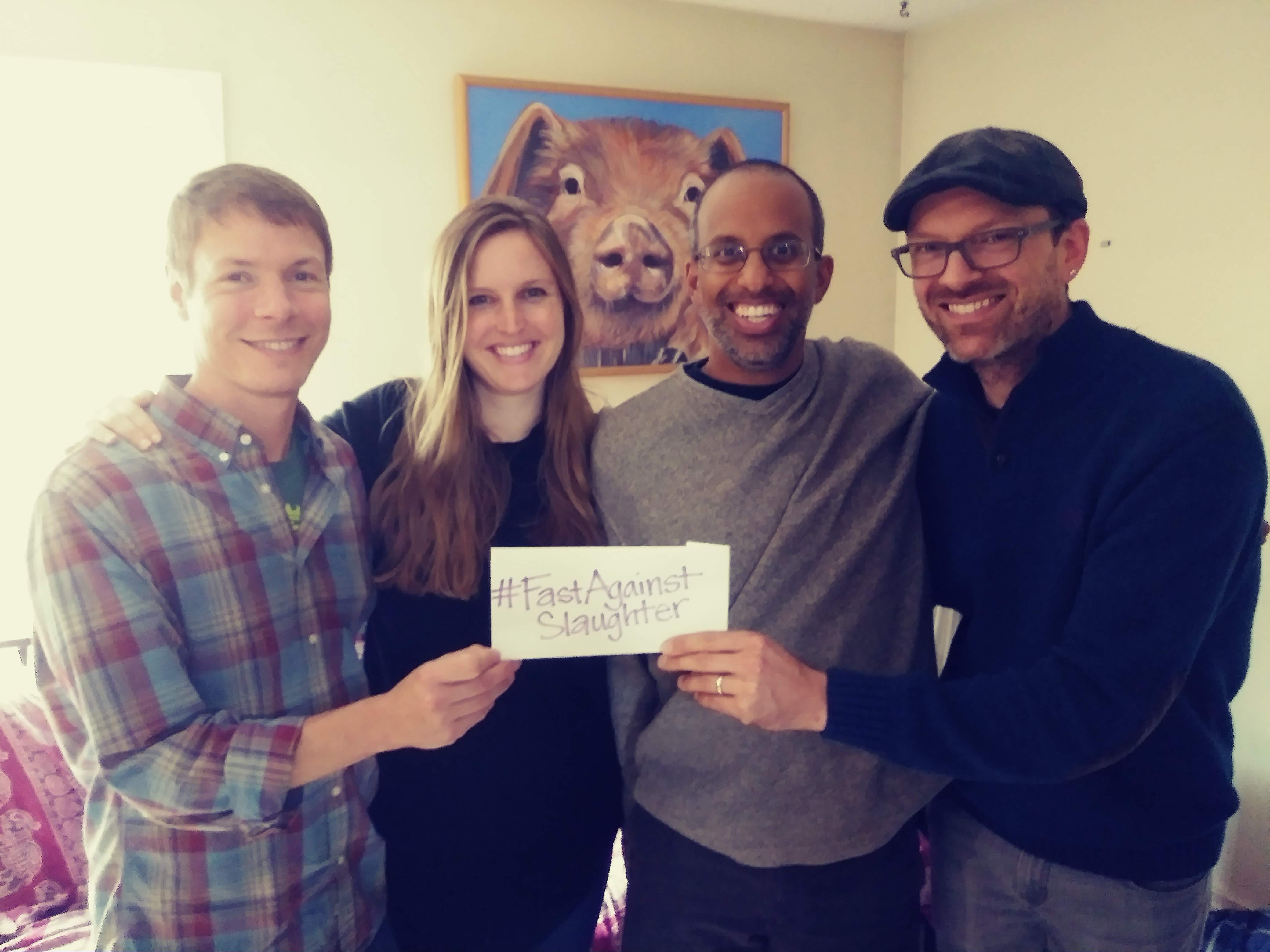 (From Left to Right): Freeman, Julie, me, and Nathan. We will fast on Tuesday, October 2. #FastAgainstSlaughter

But I have mixed feelings about the fast: sometimes people see both activism and dietary lifestyle choices as a form of deprivation and noble misery. I don’t feel that my choices to speak out have led to having less. Indeed, many of my most significant experiences are connected to being an activist: it has been an opportunity to grow spiritually and feel grounded and whole, I have found people to share comradarie and love, and I have found ways to be generous that feel great! I hope that my fast can be seen in this context.

I meant to blog this month about the connection of healing/wellness and animal advocacy, but that will have to come in October.

How to improve the Animal Rights National Conference