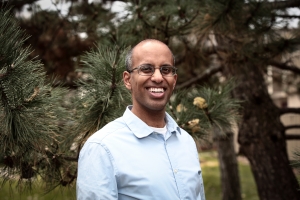 My current personal life mission is to cultivate capacity for social change, in particular for nonhuman animals. I bring together communities to heal emotionally, spiritually, physically, and socially to help us be more loving, compassionate, and sustainable social change activists. My work includes fundraising, activist development, and spiritual facilitation. See my resume for some of my history, and see what I’m doing now.

When I was about eleven years old, I was visiting India. My second cousin, Narayanan, would watch over my brother, Krishnan and I. He would show and explain many things to us such as the nearby allspice tree that had not yet provided seeds. Narayanan enjoyed playing chess and named and friended a semi-feral cat ‘Bobby’ after the legendary American chess player Bobby Fischer. Krishnan and I learned about cats’ ability to land on their feet by throwing Bobby higher and higher. Eventually, Narayanan said to us, in a very neutral tone: if you keep doing that, Bobby will die. Krishnan and I didn’t realize it, but we were being cruel to Bobby! I felt ashamed (despite Narayanan’s nonjudgmental tone) immediately stopped. Of course, I didn’t think of my self as somebody who would be cruel to cats or any animals.

Ten years later, I would come to learn how nonhuman animals including pigs and chickens — every bit as sensitive as Bobby — would be mutilated, confined, and otherwise mistreated in modern American farms. As I learned about this, and reflected on the kind of person I thought of myself, I started to speak out about nonhuman animal cruelty. Within a year, I decided I would devote my life to advocating for nonhuman animals.

My advocacy has taken many twists and turns. I’ve screamed angrily at protests against circues, gotten arrested at the Mall of America protesting the sale of animal fur, broken into factory farms to investigate animal cruelty, distributed 10’s of thousands of leaflets to expose animal cruelty, started an organization and much, much more. Some of the questions I’ve asked have been:

Some of the answers to these questions seemed pretty easy. I have not yet had difficulty advocating for animals through the different phases of my life. Some have been very hard. Advocating in a way that draws people in is a challenge for me.